Put three dots on a paper and draw lines between them like following. 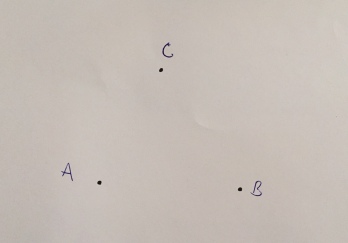 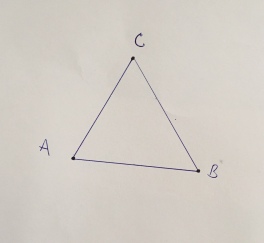 There are two faces as shown in the following photo. 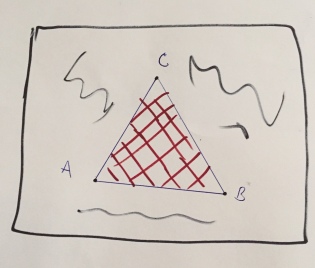 Apply Euler’s formula and you will get two! 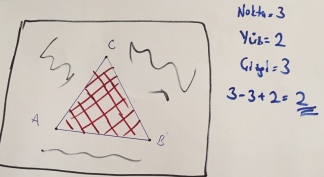 Put down four dots on a paper and draw lines as following. 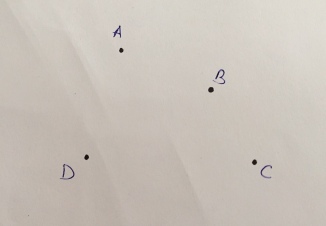 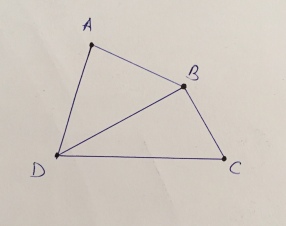 In total there are three face, four dots and five lines. Euler’s formula gives us the same result which is two! 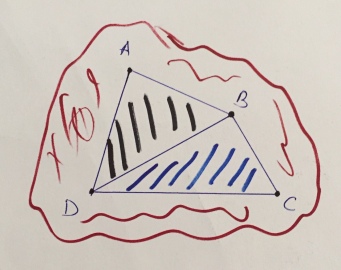 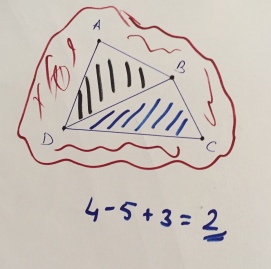 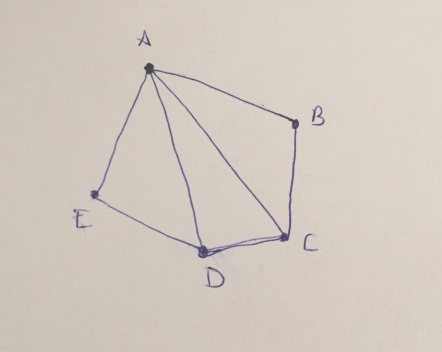 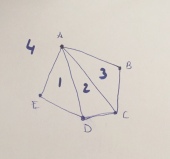 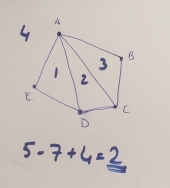 How about if you add a new dot? 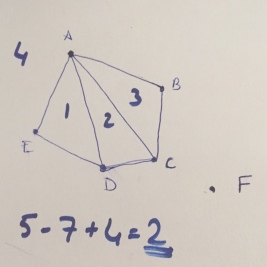 Newly added dot F could give us three new lines and two new faces. At first it looks like Euler’s formula won’t add up this time. 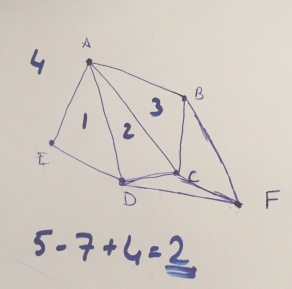 However it works out just fine. Euler’s formula gives us the same result under these conditions. 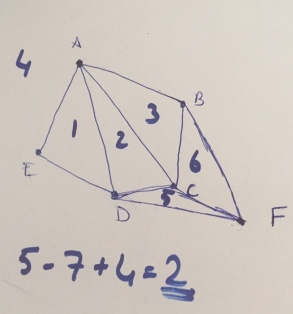 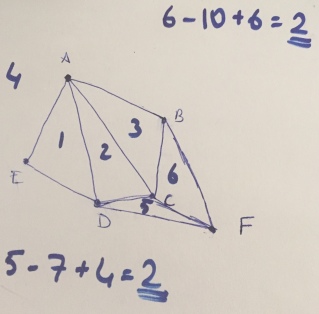 Example 4: Five Dots and No Faces

You might be wondering what would happen if we don’t enclose the lines and create a face. We all know from the initial conditions that every plane has at least one face that is outside of the dots and lines. 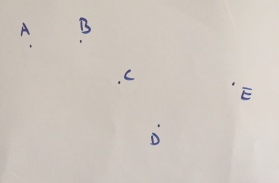 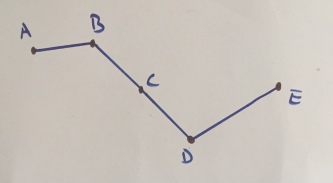 Therefore we’ll draw four lines between our five dots. We can travel from one dot to another and no lines are crossed. Hence all conditions are justified. 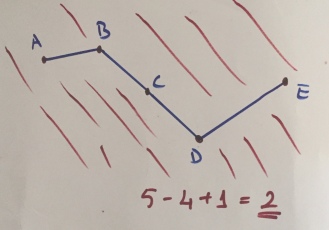 In the end we realize that five dots, four lines and a face give us the result two when we apply them into the Euler’s formula. Euler is always right!

For Those Who Love History

Until now, Euclid and Euler’s names appeared in my articles frequently.

Euclid is the author of a book called Elements which has all the information that you learn in your geometry lessons until you graduate from high school. This is the reason why the geometry that is being taught in schools is called Euclidean Geometry.

On the other hand, Euler is known as one of the most productive scientists of all times with his archive of over 800 works.

Elements, what consists of 13 books about the foundations of mathematics, was written BC. 200s. For thousands of years countless scientists and philosophers learned mathematics with this magnificent work. Isaac Newton is known as the person who started modern science (and also labelled as the father of modern physics) had started learning mathematics with Euclid’s Elements.

Even 2000 years after it was written, Elements were known as the only source of geometry. In fact Immanuel Kant, who is one of the most influential philosophers of all time, claimed that it was illogical to think of geometry besides Euclid’s. This is one of the many reasons why geometry was believed to be completed and there was nothing else to be found in it. Kant had such a powerful influence over scientists even Gauss, who is called as the prince of mathematics and often cited as the greatest mathematician of all time, was afraid to express his thoughts about a new kind of geometry. I’ll be talking about Gauss and new geometry in another article.

Euler had a rare gift and an unprecedented will for solving problems which were thought as “impossible to solve”. His name is given to so many formulas thanks to his outstanding works. But there is a formula he found, most of the mathematicians in the world agree that it gives the most elegant result of mathematics. It is a formula that works for Euclidean geometry too. It is called Euler’s Characteristic.

How about three dimensions: Would Euler’s formula work for it too? For example, would it work for a sphere? Take a sphere, put random two dots on it and connect those dots. What do you see? 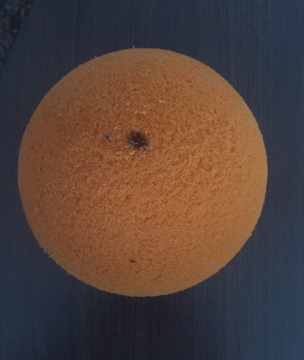 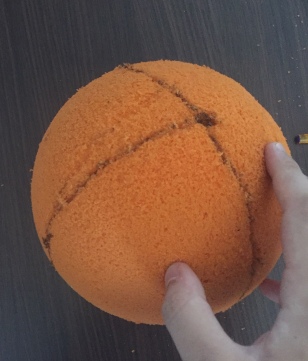 Take a third dot and connect it to the other two dots. What do you see now?