Eratosthenes (whenever I write his name, I can’t stop thinking about a nice and crusty toast) was not only a one-job man: He did not only measure the circumference of Earth, he also contributed to various fields, mathematics in particular. Ancient Greek philosophers dealt with geometry a lot which led to a misunderstanding as if they didn’t work for other branches of mathematics. Reality shows us that lots of Greek philosophers worked for mathematics in a broader aspect. Eratosthenes was one of them and he discovered an ingenious method for finding prime numbers.

Today that method is known as the Sieve of Eratosthenes. This method is really easy to learn and very affective for finding prime numbers in a list. But method is rather slow and takes too much time in larger number lists.

Let me show you how Eratosthenes’ method works between numbers 2 and 100. (I am skipping 1. I’ll be talking about 1 and why it is not considered as prime in another article.) 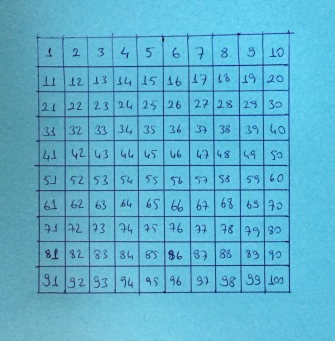 Thus we start with the number 2, which is the smallest prime number. Here is how the method goes:

2 is prime. Square it: 4. Start eliminating all numbers that are multiples of 2. 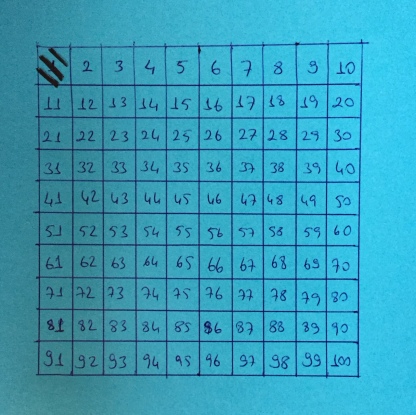 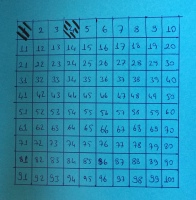 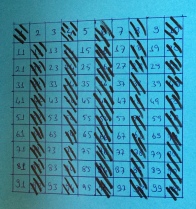 Go back to 2. Move to the next number, which is 3. It is prime. Square it: 9. Go to 9 and start eliminating all the numbers that are multiples of 3. 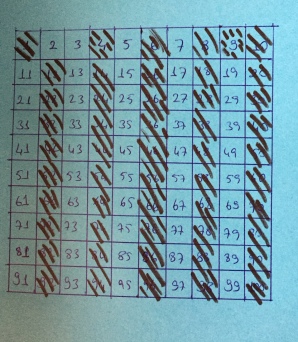 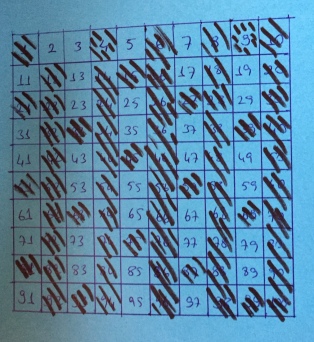 Go back to 3. Move to the next number; 4. It had been eliminated already, thus move to 5 which is a prime number. Square it: 25. Start from 25 and eliminate all the numbers that are multiples of 5. 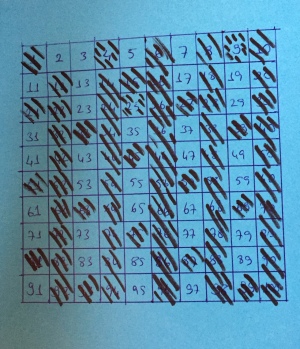 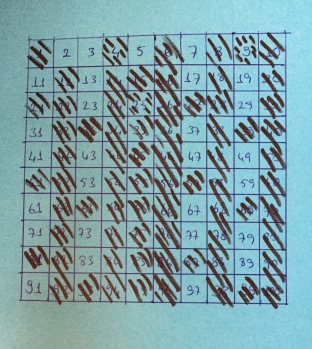 Go back to 5. Move to the next available number which is 7 and it is a prime number. Square it: 49. Start from 49 and eliminate all the numbers that are multiples of 7. 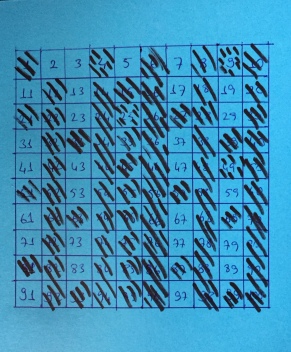 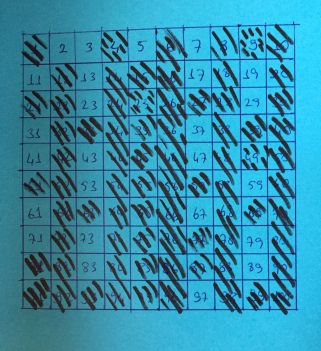 Go back to 7 and move to the next available number which is 11. It is prime, thus square it: 121. 121 is out of our list. This means every available in our list is a prime number. 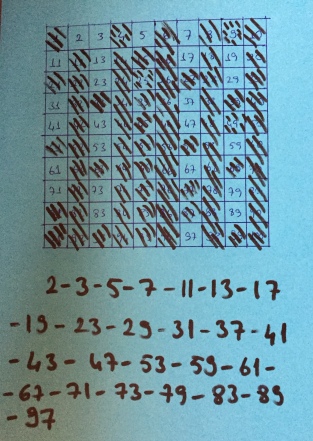 New In the Olympics: Walking the Square 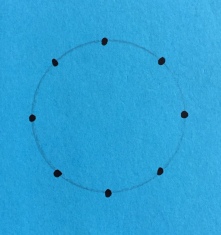 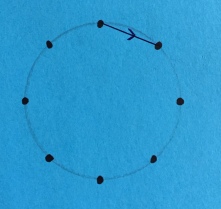 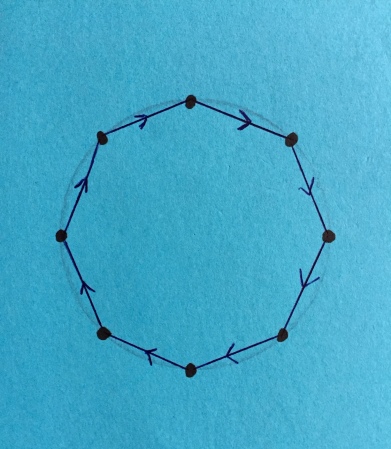 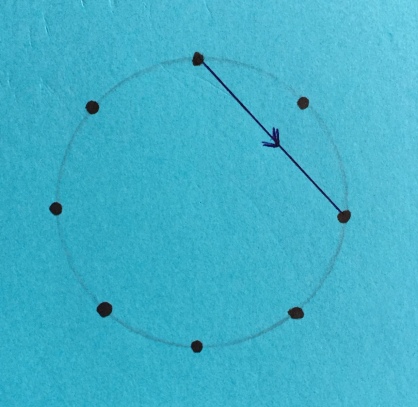 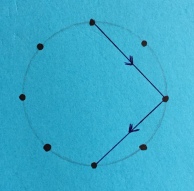 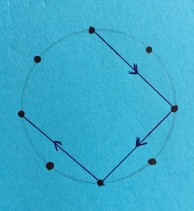 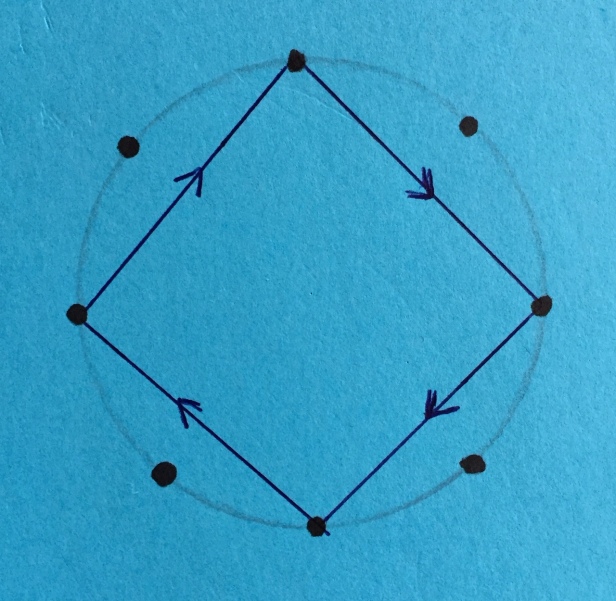 In which steps you would visit all the dots? Do you see anything special about those numbers of steps?

Can you find a general conclusion from this game?