One of the problems ancient Greeks considered is today known as the Delos Problem, or Doubling the Cube. Even the brightest philosophers were helpless against this specific problem. Now I will tell you two common told stories about how Greeks started dealing with this problem.

According to Theon of İzmir (a city in modern Turkey), this story was inside one of the books of Eratosthenes that were lost. 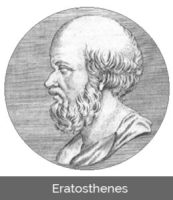 Around 430 BC a devastating plague had arisen in ancient Athens. Leaders of the city were desperate against the plague and they had no idea how to save the people of Athens. During the plague God speaks to the people through an oracle: In order to stop the plague they had to build a new altar. But this altar should have twice the volume of the previous altar.

It was seemingly an easy task for the engineers of the Athens. Although they were unable to build the altar as God wanted them to. According to Plato, Greeks were in illusion as they claimed to know everything about geometry. And with this task God was teaching them a lesson. Plato thought God didn’t want people to build the altar. He only wanted to show people how ignorant they are.

Second story is being told in one of Archimedes’ books. Apparently Eratosthenes wrote a letter to the King of Greece and mentioned this story.

Zeus and Europa had a son named Minos. King Minos is one of the leading characters in the Greek mythology. In the story it is being told that King Minos’ son Glaucus died at an early age. King wanted his engineers to build a massive grave for his late son. Eventually King thought the grave that was built was rubbish and wasn’t suitable for a royal. He ordered his engineers to double the volume of the cube-shaped grave. In order to do that Minos told the engineers to double the sizes of the grave.

This caused a huge problem as new volume turned out to be eight times the old volume when the sides of the cube-shaped grave were doubled. Neither Minos nor his men were unable to solve this problem.

I have to remind you that these men had only a compass and an unmarked ruler when they were dealing with this problem. But little they knew was that doubling the cube was one of the three problems that can’t be solved with a compass and an unmarked ruler. (I’ll be talking about the other two in the upcoming articles.) Gauss was the first person who claimed this but he didn’t back his claims with a proof. The first proof came from Pierre Wantzel in 1837! It means at least 2250 years after the problem first came out.

Let’s try to solve the problem with modern mathematics notations:

Assume that we have a cube that has 1 unit sides. Its volume is 1*1*1=1 unit. Doubling the volume of a cube makes 2 units of volume. Then we must find the cube that has volume 2. If such cube has sides a, volume of that cube become a*a*a = a3.

We solved the unsolvable… or did we?

Obviously we managed the solve it. But ancient Greeks didn’t have our modern mathematics notations. Actually they didn’t even have numbers. They had to find 3√2 length with an unmarked ruler and a compass. Even with our marked rulers, it is impossible to find how long 3√2 is.

In order to find how long 3√2 is, we can use a method called Neusis Drawing. But I will use the power of origami and show you how to find that irrational length.

First of all I took a square paper and using origami techniques to divide the square into three equal parts. 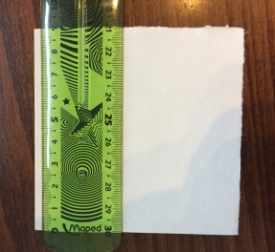 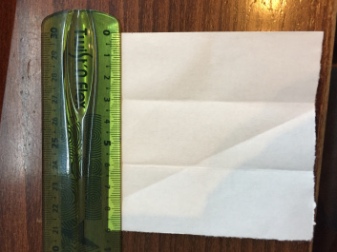 Then I folded the paper such that point A touches the left side of the square as point B touches the line that is in the height of point C. 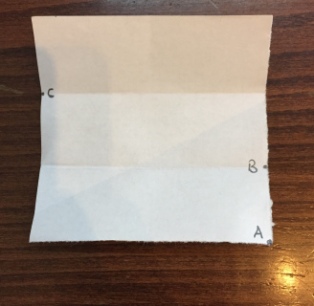 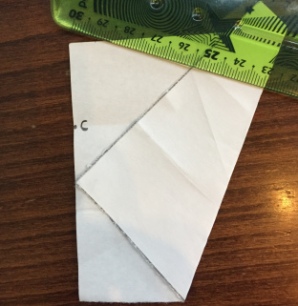 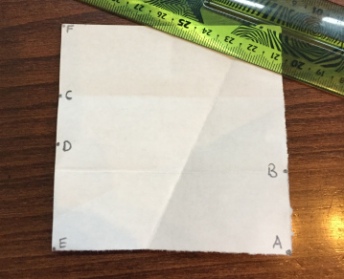 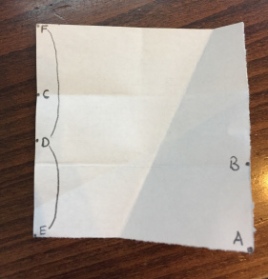 Here is how Peter Messer showed this origami technique: 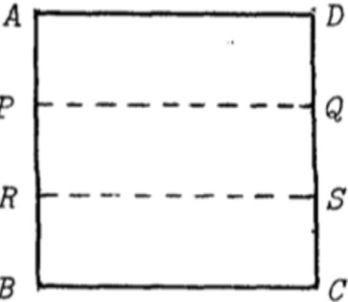 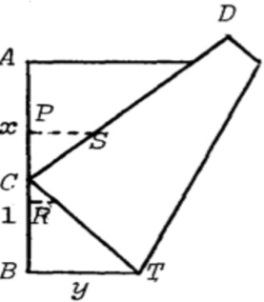 A question that was keeping even the most brilliant minds busy for more than 2000 years can be solved in the matter of seconds using origami. How can this happen? What is the missing sides of compass and ruler?