A game for kids who would like to get better at arithmetic operations, decimal system and numbers in overall:

Scoring of the game

Player with the bigger number would get:

If the difference is zero; meaning that the numbers are equal to one another, then both players get no points.

Every encounter finishes when one of the players gets to 7 points.

In case there is enough number of students, it is possible to construct a league version of the game that finishes after playoffs. For instance if there were 20 students we could divide them into 4 groups with 5 teams. In each group every player would play 4 games and after the group stage group leaders would go onto the playoffs where the champion can be decided after semi-final and final games.

In this version of the game players would roll the dice three times and write the biggest possible three-digit number. Although this time winner gets to be decided like following:

Italian town Pisa was the home of an ingenious person named Leonardo Pisano, which means Leonardo from Pisa. He was not only essential to history of mathematics, but he was also influential for the birth of scientific revolution. It is not a surprised that Leonardo Pisano was from Italy as Italians were involved with Arabs through trading.

Arabs knew an amazing way of counting and calculating, which were done with a system called decimal system. I’ll talk about that story in another article.

Leonardo Pisano was the first known person who brought modern numbers Western Europe. Although this was an amazing accomplishment, his importance comes even more fascinating if you look at what he did for patterns.

If I wrote his name as Fibonacci, then majority of you would understand what problem I’ll mention in the following:

In a farm, there is one couple of baby rabbits. A rabbit couple can give birth to baby rabbits only after their 2nd month and they can continue giving birth each month after that. Leonardo Pisano tried to find out the number of rabbit couples after one year.

First month there is a baby couple. This couple will be adult in the second month and they will give birth to one couple baby rabbits in the third month. 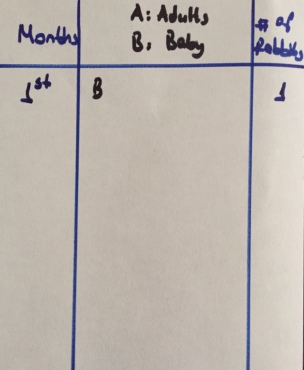 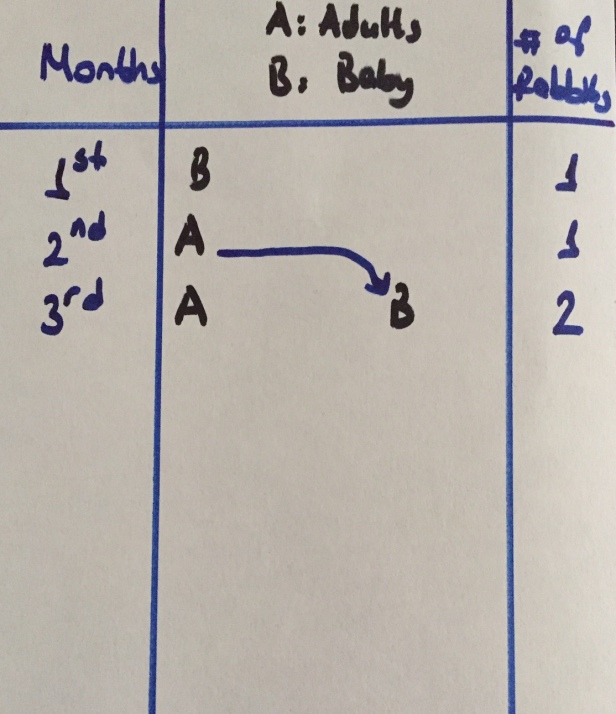 In the fourth month first couple reproduces as the second couple becomes an adult. 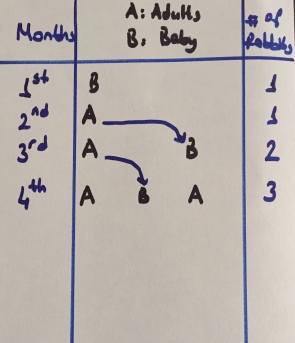 In the fifth month first and second couples have new babies as third couple becomes an adult.

In the sixth month first, second and third couples have new babies as the fourth and fifth couples become an adult.

Then number of rabbit couples after one year (twelve months) is:

Real life examples of math subjects are crucial, especially the ones from nature itself. But most of the population lives in the cities and this force us math teachers to find out examples from modern life.

Imagine that you have to climb up from stairs inside your apartment. 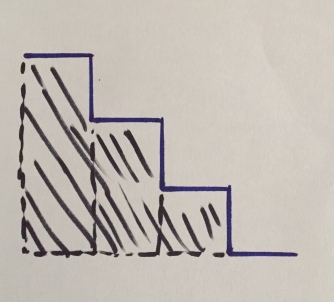 Almost everyone knows how to play tic-tac-toe. Dotted tic-tac-toe is a multiplayer game to teach kids about number systems.

Beauty of this game is although it is competitive, it requires help of your opponent.

In the first three rounds players get 5, 6 and 3 from the dice: 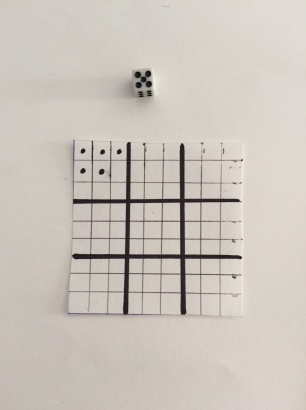 Fourth dice is 1 which gives second player a chance to complete a box. 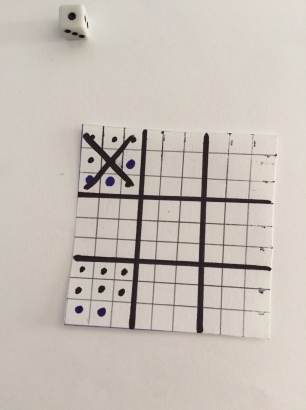 In the next four rounds players get 5, 5, 6 and 4 which gives again second player to complete another box. 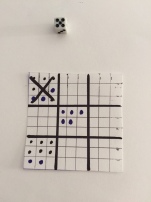 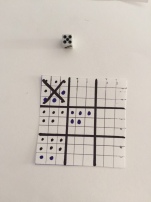 Game resolves in the next rounds as shown in the following:

In this version of the game, use a coin instead of a dice.

Once again, although the game is competitive, you’ll need your opponent’s help.

Then four consecutive heads are tossed. 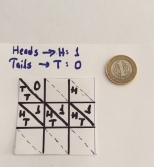 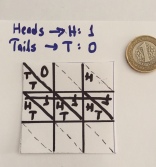 Most of the countries in the world use these symbols for the remarkable decimal system. The system was designed so perfect, even though symbols might change in some regions, logic of the system is conserved all around the world. Decimal system is one of those things that are “universal”.

If you are willing to participate in today’s modern world, you’d better know how to use numbers. You could go on and try to live a day without using any numbers: You’d see that it is impossible to finish even one single day. Actually, using numbers is not enough: you should be able to understand what a given number represents.

What do I mean by “understanding numbers”?

Numbers take too much space in our daily lives. I think this is a great reason to work and develop a good understanding of them. Circle of Numbers is a game that helps children cultivate the ability of using numbers.

In order to play Circle of Numbers, all you need is a pencil and a pen. This game can have various numbers of versions.

Place four boxes on the circle.

You have to place the numbers 0, 1, 2 and 3 inside the boxes such that difference of two adjacent boxes will be an odd number. 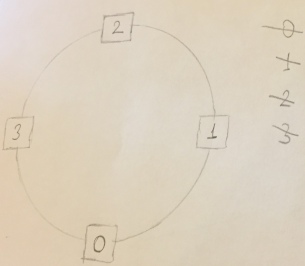 Again draw a circle with four boxes on it.

In order to do that, you will need ten boxes which means you will have to add six more boxes on the circle.

Difference of two adjacent boxes should be odd.

Let’s assume 4 and 7 are placed as following. 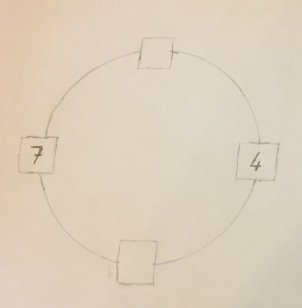 Player knows no matter which number is chosen, there will be number pairs that will not have odd difference. For instance if 5 is chosen, even though 5-4=1 is odd, 7-5=2 will be even. Player should add a new box to avoid this problem. Following will show you a working strategy step-by-step. 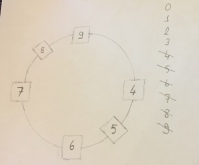 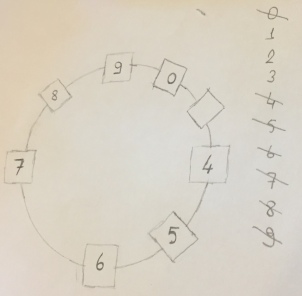 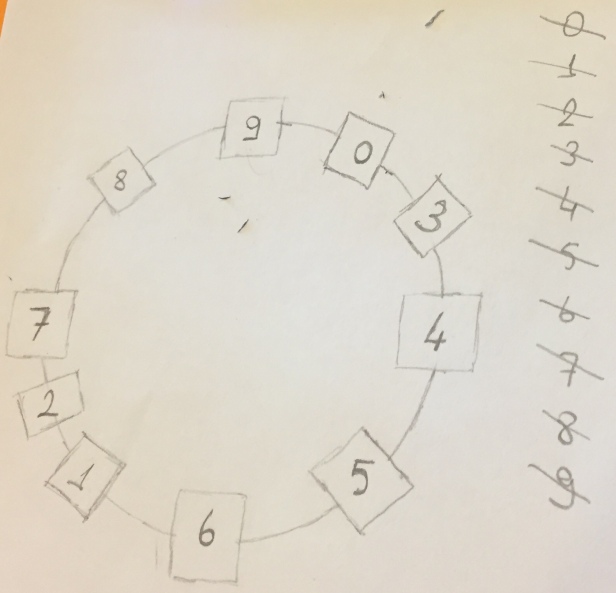 Assume that there are five boxes on the circle and you are allowed to use the numbers 1, 3, 5, 8, 9. Can you construct a valid circle?