Free the Oreos is a multiplayer game for everyone aged over 6. Here is what you need for the game:

Goal is to free more Oreos than your opponent.

Attacking Strategy: You should remove the last match surrounding the Oreo in case you want to free it.

Defending Strategy: In case there are two matches around a specific Oreo, you should avoid removing either of those matches. Otherwise your opponent can and will free that Oreo in his/her turn.

Two experienced players will use the defending strategy as long as possible. But in the end the game will be in a position where defending won’t be possible:

In such situation, game can continue as follows: 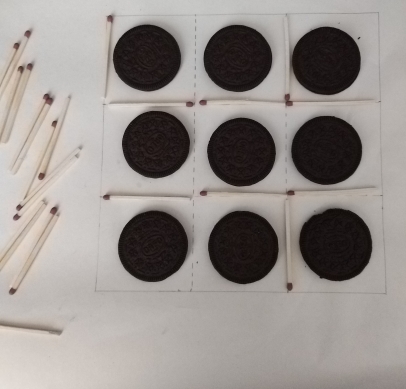 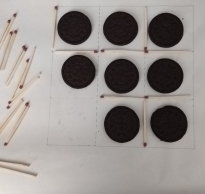 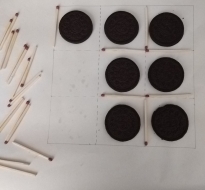 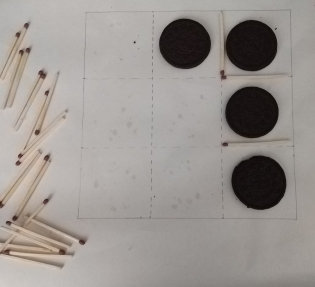 At the end of this sample game first player freed 6 Oreos as the second freed only 3.